Thanks to Helga I was able to read Sweet Valley Confidential during the weekend. It was the kind of book that was so bad it was good. The first few chapters up until the middle had such bad writing. Not really writing per se, but the words used to describe feelings and anger were so self-centered and shallow that it was hard not to laugh at the ridiculousness of some parts. Some recent trends came out forced for example social networking sites like Facebook and Twitter that were mentioned but not in the way where they seemed cool and hip. More like a, “Try hard much?” kind of reaction. Don’t even get me started on the music. Beyonce? Justin Timberlake? Even Hanna from Pretty Little Liars listens to Elliot Smith and even HER MOM knew she listened to Elliot Smith. It was a great light read and all too hilarious, you couldn’t take it seriously. The descriptive narrating became too much for me at times. Of course the reason I read it wasn’t because of the writing, it was beyond that. I grew up with the series so it was just fitting that I go back and re-live it. Sweet Valley was still Sweet Valley. People didn’t really move on and were still the same as much they wanted to change that, as much as the writer wanted to change that.

What I liked about the book was that I didn’t really know how it would end. I guess I was too caught up with how amusing the writing style was that I didn’t really think about how the story was gonna close. I wasn’t mindblown, more like pleasantly surprised. The hate which Elizabeth had for Jessica in the beginning was so strong it was hard to believe that twins would ever rekindle again, but they did of course. As how all happy endings should be. I don’t wanna give out too much about the book, but my conclusion is that, it tried too hard. Would I want a follow-up book? Why not? I’m always game for more Sweet Valley. 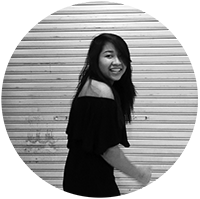